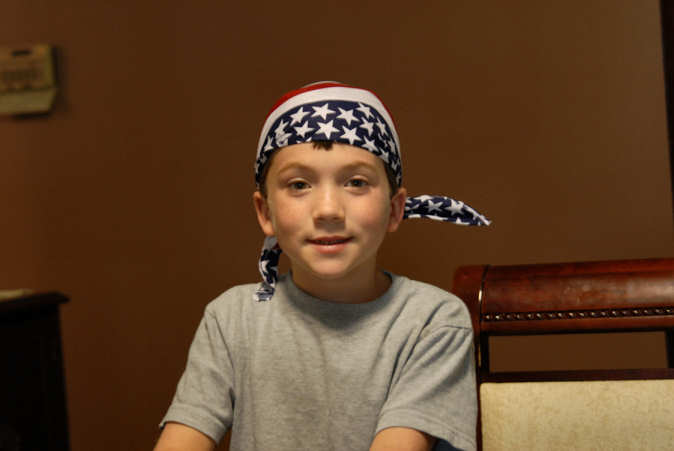 Benjamin was born on September 18, 1997. He is now a regular rooter! He loves his Grandpa a whole lot!
He is perfectly formed by God's hand.

Ben Recites the Story of the Three Little Pigs

Ben Sings "Inside Voices, Ye, We Have Them!"

Leah Michelle's Page
Leah is Benjamin's big sister. She was born on September 17, 1995.

Ben Graduates From Phase I of Grandpa's Reading School
August, 2002

Here are Jocko and Socko, two of Ben and Leah's favorite zebra friends.